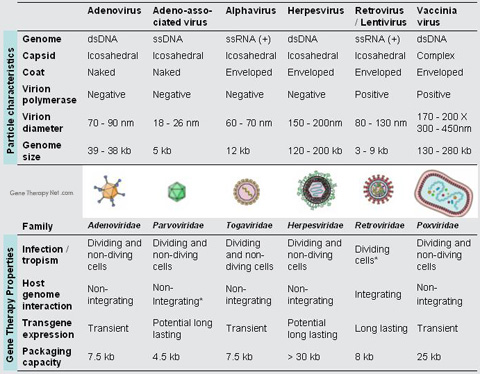 The concept of gene therapy seems straightforward, but this is clearly an oversimplification, and numerous problems and risks exist that prevent gene therapy using viral vectors. Viruses can usually infect more than one type of cell. Thus, when viral vectors are used to carry genes into the body, they might infect healthy cells as well as cancer cells.

Another danger is that the new gene might be inserted in the wrong location in the DNA, possibly causing harmful mutations to the DNA or even cancer. This has occurred in clinical trials for X-linked severe combined immunodeficiency (X-SCID) patients, in which hematopoietic stem cells were transduced with a corrective transgene using a retrovirus, and this led to the development of T cell leukemia in 4 of 20 patients. See reports for first patient, second patient and third patient.

In addition, when viruses are used to deliver DNA to cells inside the patient’s body, there is a slight chance that this DNA could unintentionally be introduced into the patient’s reproductive cells. If this happens, it could produce changes that may be passed on if a patient has children after treatment.

Other concerns include the possibility that transferred genes could be overexpressed, producing so much of the missing protein as to be harmful; that the viral vector could cause an immune reaction; and that the virus could be transmitted from the patient to other individuals or into the environment.

However, this basic mode of gene introduction currently shows much promise and doctors and scientists are working hard to fix any potential problems that could exist. They use animal testing and other precautions to identify and avoid these risks before any clinical trials are conducted in humans.

Viral vectors have natural host cell populations that they infect most efficiently. Retroviruses have limited natural host cell ranges, and although adenovirus and adeno-associated virus are able to infect a relatively broader range of cells efficiently, some cell types are refractory to infection by these viruses as well. Attachment to and entry into a susceptible cell is mediated by the protein envelope on the surface of a virus.

For the purposes of gene therapy, one might either want to limit or expand the range of cells susceptible to transduction by a gene therapy vector. To this end, many vectors have been developed in which the endogenous viral envelope proteins have been replaced by either envelope proteins from other viruses, or by chimeric proteins. Such chimera would consist of those parts of the viral protein necessary for incorporation into the virion as well as sequences meant to interact with specific host cell proteins. Viruses in which the envelope proteins have been replaced as described are referred to as pseudotyped viruses.

For example, the most popular retroviral vector for use in gene therapy trials has been the lentivirus Simian immunodeficiency virus coated with the envelope proteins, G-protein, from Vesicular Stomatitus virus. This vector is referred to as VSV G-pseudotyped lentivirus, and infects an almost universal set of cells. This tropism is characteristic of the VSV G-protein with which this vector is coated.

Many attempts have been made to limit the tropism of viral vectors to one or a few host cell populations. This advance would allow for the systemic administration of a relatively small amount of vector. The potential for off-target cell modification would be limited, as well as many concerns from the medical community. Most attempts to limit tropism have used chimeric envelope proteins bearing antibody fragments. These vectors show great promise for the development of "magic bullet" gene therapies.